The price of a typical home across Greater Vancouver, in Canadian dollars. 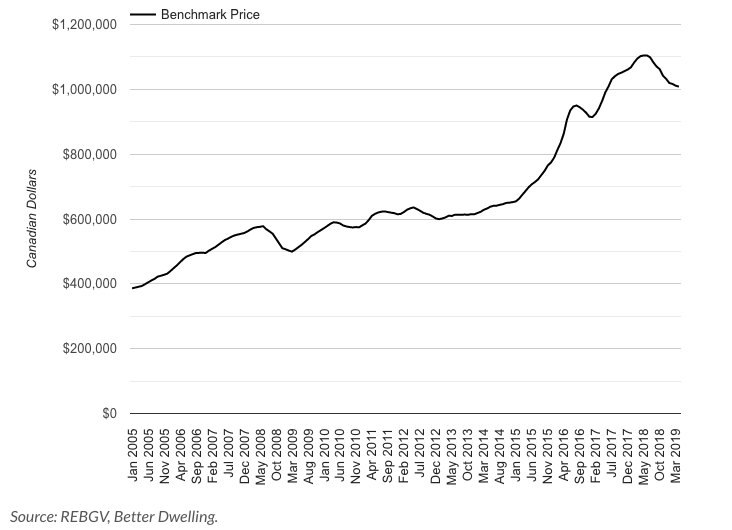 The trend appears to be heading towards larger declines for the benchmark. Last month’s 8.5% annual decline is the largest printed since June 2009. Prices have now officially rolled back to May 2017 levels, losing nearly two years of gains.

Sales of Greater Vancouver real estate continue to slow to levels not seen in years. REBGV reported 1,829 sales in April, down 27.3% from last year. Sales are down over 61% from the 2016 record set for the month. Last month’s numbers were the fewest for April since 2000.

The annual percent change of a typical home across Greater Vancouver. 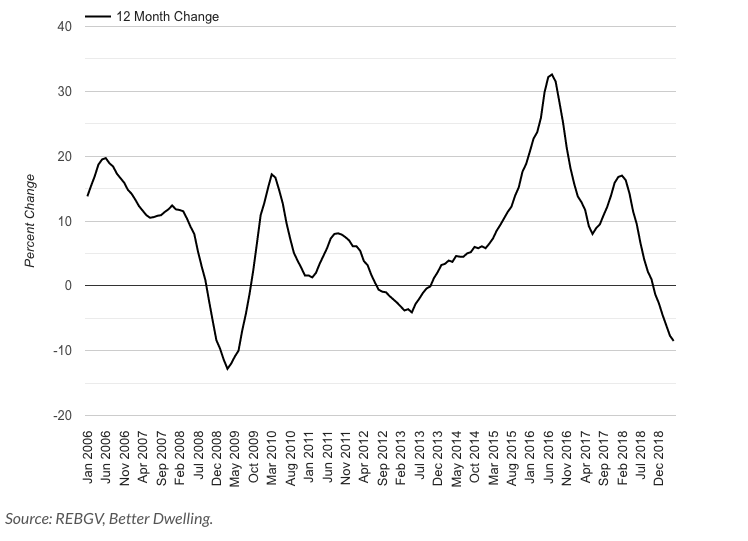 The number of new listings for Greater Vancouver made a small decline. REBGV reported 5,742 new listings, up 16% from the month before. This represents a 1.3% decline when compared to the same month last year. The monthly rise was typical, but the annual decline meant more inventory sat around.

The number of homes sold vs total inventory in Greater Vancouver.

The number of total listings available for sale reached a multi-year high. There were 14,357 active listings in April, up 12.4% from the month before. This represents a massive 46.2% increase compared to the same month last year. This is the highest level of inventory for resale since October 2014. It was also the most April inventory since that year.